Why do Christians want more and more of something that never worked in the first place?

In 2001, American Evangelical Author, Brian McLaren wrote a book called, A New Kind of Christian. I think I read it in 2004 or 2005. The book brought to light many of the questions I had about the contradictions in the Evangelical faith and tradition that I had been suppressing for many years and offered a new, exciting perspective on the Christian faith and practice. Over the years, I dared not permit myself to consider these contradictions that were irritating me below the surface of my consciousness because I was afraid of ending up on a slippery slope. After reading McLaren’s insights, many which I never heard or entertained before, I realized that I now had an escape route to freedom right in front of me, but, unfortunately, I had an addiction that kept me locked up, and even a new and healthier way of looking at the Christian faith didn’t bring me the freedom I desired.

Through AA’s 12 Step Program, I was given that new freedom, and I found myself becoming the new kind of Christian McLaren talked about. The problem with that was many of the ‘Old Kind of Christians’ had no use for the new kind. But, I have met enough of these ‘New Kind of Christians’ to know of the true freedom we share, and the desire to make the world, not just our little comfortable tribe a better a place by being prophetically imaginative concerning our call to bear witness to Christ’s reign on earth.

In the work we do at DOVE, we have two major focal points: 1) helping to foster a change in attitude, relationships, behavior and perspective in emerging Christian leaders. 2) And, to assist in the same effect in emerging not-yet-believing leaders in the immediate community. At DOVE, these two groups are intentionally cross-pollinated. They have a positive effect on each other.

DOVE is a new kind of Christian NGO and one that wants to be prophetic and flow with God’s intention for the world, though in this culture, being different and a new kind of anything is like the nail that sticks up higher than the rest. It is the first one to receive a blow from the hammer. But, let the blows come as they may, as there is always a price to pay when operating outside the norm.

When the Universe Rips Open a Bit

When I came back to Cambodia 6 years ago I was busy creating and piloting ONYX, Men’s work, launching AA among Cambodians, etc., which was really exciting and fulfilling. After 55 years, I finally discovered what my gift to the world was, and I enjoyed seeing it work out on the ground. Just when I began to do what I was born to do, a few of us then discovered we were building great stuff on a very faulty, precarious foundation. That called for some serious measures, and took a long time to fix.  But, as long as I could be creating, I could live with the pain of foundation repair.

Then somehow, in the midst of all the busyness there was a lull - the eye of the storm was passing over. I felt guilty having had time to breath and I was in a season of revising, evaluating, planning, and assessing away, not pioneering any new initiatives. So, in a momentary lapse of judgment, I agreed to revise my Gecko book on Cambodian Protestant Church History and translate into Khmer, do staff capacity building and devotions for our partner organization, translate AA material, teach some classes at the university, and teach a leadership intensive with 4 partner organizations.

Then the eye of the storm passed and there I was, tossed about like a tumbleweed in a gale force wind of work - all good stuff, but too much, and now I am exhausted.  At the end of July, if I make it that far, most of my commitments will be finished and I will be free to be smarter, and make better decisions concerning commitments.

Yesterday God ripped a little hole in the universe above me. It was Int’l Child Rights day and I was sitting in my office at 8 am when about 15 schoolgirls (10-13 years old) dressed in their longish blue skirts and perfectly white, stainless blouses, waddled into our Drop In Center like little ducklings. Their classes were starting late so they ‘dropped in.’ Hard to explain but I could feel God’s great love hovering over them as they came in. It startled me out of my ‘overwork’ hangover as it spilled into my office (even with door closed)!  Mr. Virak, the Drop in Director went out to welcome them, and he didn’t come back. After a while I went out to poke around, and there he was, sitting right in the middle of the little flock, playing UNO with them. I really don’t know too many people who would drop everything and stop in the midst of their busy schedule to play UNO with a bunch of schoolgirls. I do now. Virak and Jesus.

Soon after, Director Sarady’s sister came to visit with her 8 month-old Daughter. The Universe ripped open a little bit more as I had never seen such a beautiful and happy baby. I was transfixed. Hope Bophal never see this baby or I will be in big trouble.  Once again I could feel God’s immense love for this baby, it again spilled over to include me. And that's pretty cool. 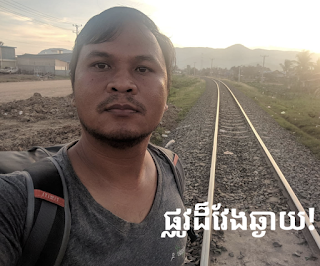 Saturday morning I went to the DOVE office to meet Mr. Phearom, a former student of our youth program back in 2006 under the Evangelical Fellowship. He later became Dove staff, and now is the director of Alongsiders Camp Shalom. He will be teaching some ONYX leadership classes for us in the next few weeks and he wanted to observe the class.  Phearom has sent many of his people from Sa’aang District over the years to study ONYX because he sees the transformation in his young people.  Phearom is one the few who get what we do, and tries to duplicate it with the emerging leaders he works with. 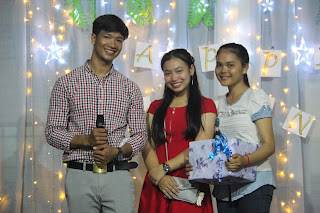 After ONYX class let out, Mr. Virak came into our office with Mr. Poya (photo below), a former ONYX student from Cohort 2 who has continued to volunteer to help lead ONYX classes and who is very active in DOVE’s men’s group and the Al-Anon group at DOVE.  I was a fly on the wall as Mr. Virak coached him on how to re-duplicate Dove’s Leadership Club for teen drop-ins at his church in the slums where so many teens fall victim to meth addiction. I saw a Cambodian mentoring and coaching another.

The universe ripped open a little wider at the point.

When Jesus was on the earth, where did he go?  He always went where there was pain.

That is where DOVE goes, and where many of our students go, too.

I am grateful that God ripped open the universe just a slice to jolt me our of my exhausted state so I can be reminded that God is very present, even in the midst of Global Warming, Sex Trafficking, war, the air pollution and traffic congestion in Phnom Penh. His voice is still small, though.

ONYX as an organic leadership is community, alumnus led, is what we have long been hoping for.  The universe cracks open for this, too!

If you like to make a donation toward our family, or the work DOVE does, you can find both of us at the link below:

Btw, if you shop through Amazon Smile, select Mission Dispatch and Amazon will donate a small percentage to MD.

Peace for the Journey,

Excitement at the House Peace Sept 2018

Excitement at the House of Peace Sept 2018

Greetings from Phnom Penh (the city of the perpetual traffic jam),

There was some excitement at HOP this Saturday morning at 7 a.m. My assistant, Miss Seephon, slipped on some spilled noodles and smashed her patella to bits. Brian did a bit of first aid and we called an ambulance to get her.  No way she could get into a car, tuk-tuk, or a motorcycle with that knee. It was almost 10 hours before she was operated on and she was spooked after seeing two people die in the operating room. Brian got home at 3 pm, and I spent the night at the hospital. Brian had to mind HOP, which he does not usually do, and it was in a state of sheer pandemonium and chaos when he returned. He called me and soon put his foot down restored order. After sleeping on a mat on an open breezeway with many others who were relatives of patients, I came home to HOP at 7 am. Ms. Seephon will be back in a few days and recuperate on the first floor of HOP because she won’t have to climb stairs. We are thankful for the members of the Olympic church (Yos Molly, Srey Neang, Vanthy and Rebecca) who visited today, and brought an offering to offset the expenses of the accident. 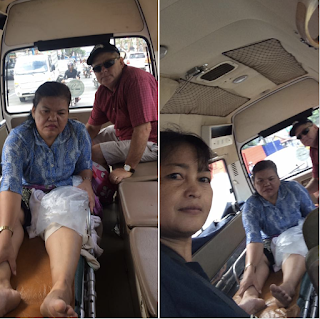 Again, thank God that I finally got my citizenship and my passport. What a great time we had staying with Judy Runions, and seeing Rainier and the Olympic Peninsula in WA State. I also made some pocket money doing tree work my slave driver of a husband. 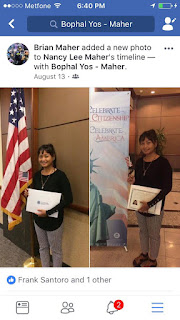 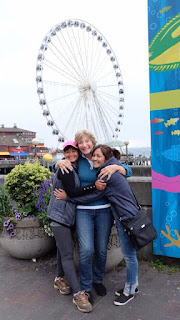 Our Mr. Vichet graduated from the Katy Korpi Salon and was hired there, and Ms. Srey Leak began to train with the Salon this August.

Pastor Robert Oh helped provide scholarships our son John, Ms. Hokkie and alumnus Ms. Srey Oun to study at ACTS (Academy of Career and Technology).  In addition to Ms. Sokhoin who hs been with us for 6 months now, two new students are joining us: Mr. Smet (13), and Ms. Srey Ka (15) and these three will also study at ACTS. Ms. Yorean (11) will be attending Westline School, Ms. Malis (15) and Ms. Yari (16) will be in public school.  My former assistant Ms. Chhorven, who went to Denmark last year, just left to attend YWAM’s DTS for this year in Battambang City.  Although we will miss her, we have many former COP young adults who join us for worship on Sundays, outings and celebrations.
HOP still has room for more students this year and we expect some more to come. We have the room because just before moving we were given a stay of execution – we can stay another year.  We will save the money generous donors sent for moving expenses for next September. Thank you for that. 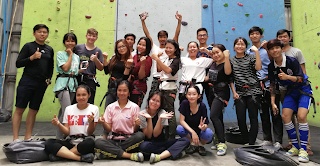 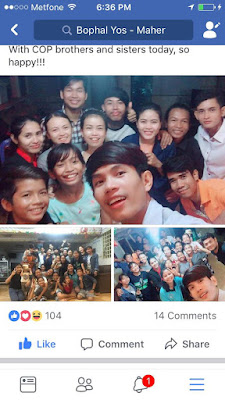 …….and goodbye to Mr.Kosal, Ms. Chanta and Ms. Siovmai who will soon be integrated with extended families or their migrant working parents.

Lower Left:  Ms. Yari, Ms. Sokhoin, and Johnnathan are joining with DOVE and PEACE BRIDGES to camp and plant trees in the Pray Lang Jungle in Northern Cambodia

Our activities with our students, alumni, our partnership with DOVE (leadership Development), Peace Bridges Organization, Kati Korpi Salon, Bob and Jenny Oh, and ACT keeps our former and present people in a long term community that learns leadership, life skills, hard skills, and helps to form healthy perspectives on faith, justice and the environment.  We are grateful to our many partners. 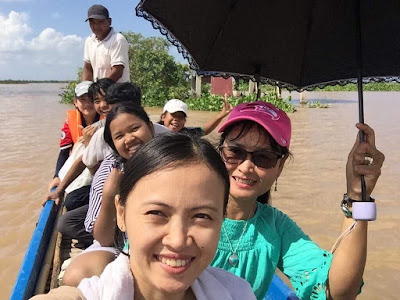 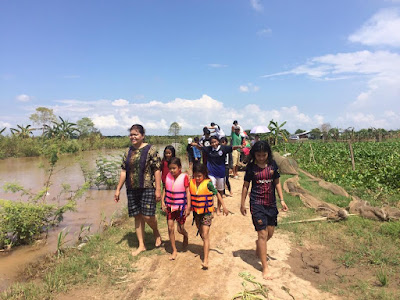 Struggling to get the Pepper Farm Going 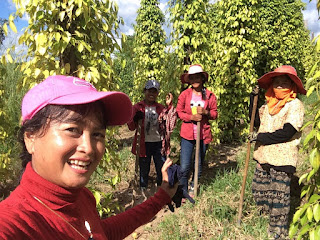 Brian here: Bophal has been trying extremely hard to make the Pepper Farm work but it is difficult with no financial help. Once in a while we get a needed and appreciated donation but they are few and far between. Potential donors typically ask, “What are you doing to be self-sustainable?”  We have a plan and land, but those doing the asking rarely help with the capital.  So what can we do?

Thanks for reading this far. HOP is a good place to be these days. We hope you can see that.

Please help with a donation for the sake of the discipleship of Cambodian teens at risk: http://www.missiondispatch.org/giving/index.html

Thank you all, Bophal and Brian