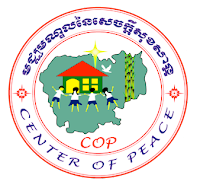 Hi, my name is Vichet. I was born in Prasat Sambo, (an area full of temples dating back to 800 A.D.) in Kompong Thom Province in 1997. My parents were mainly rice farmers who owned their own land and over 30 head of Water Buffalo.  I was the 5th out of 6 children.  Some of my first memories were of me and my brothers and sisters herding our buffaloes down to our rice fields where we were cutting back the scrub brush to reclaim more arable land for farming. Our job was to keep an eye on the life stock while they grazed, and our parents worked the fields.  In 2001, my dad was feeling a tree, and it kicked back on him, and ripped open his chest. He could not work for a while, and had to take a break to heal and he had to sell a number of our water buffaloes to pay for medicine and health care, which is always sketchy in the provinces.  In 2002, my mother became ill and she could not walk. She was totally immobilized for the better part of two years. We believed someone put a curse on her as my grandfather left my father some land, as well as other relatives, but when the other relatives sold their land, and did not tell my father, he was upset and gave them a hard time. We thought someone he had offended had hired a witch doctor to put a curse on my mother.  We had to sell more water buffaloes to treat my mother. Also during that time, my father was finishing building our house, and he had to cut the timber deep in the forest. He did not have this skill to cut out the boards himself so he had to hire this out which cost us. Our water buffaloes were quickly running out.  My became angry because my mother was spending water buffaloes too quickly and we were running out of money, so my parents began to argue a lot over finances.  Once, my father came home drunk and tried to beat my mother but my older sister intervened and he pushed her from house and she fell two meters to the ground. In the process, my mother knocked his tooth out. Then he came after us with pestle because we were scared and crying, and told us if we did not stop crying, he would really give us something to cry about.

By 2005, we finished the house but had only 5 water buffaloes left.

In 2002, I entered kindergarten, and went to school in the morning and herded the 5 Water Buffaloes in the afternoon.  In 2005, we sold 3 more water buffaloes and then bought a cow.  So we ploughed the rice fields with 2 water buffaloes and 1 cow.  I was in charge of the two water buffaloes and my older brother watched the cow but soon, my father farmed them out to some neighbors to watch which freed us up some, and the neighbors would get to keep the first calf.  Since, we were in financial straits, my older sister and brother left high school to work in Phnom Penn. My sister worked in a factory and my older brother began to work as a laborer, carrying fish from dock on the river up onto delivery truck on the road.  In 2007, I would be entering a new school, and that meant traveling a great distance walking on very bad roads, which were almost impassable in the rainy season. I might have been able to make it if I had a bicycle but my parents could not afford to buy me one.  My mother heard from the mother of boy in village who was at the Centre Peace that the Center of Peace was accepting poor children who were not able to continue theirs studies for one reason or another.  My mother was interested so she let the neighbor woman take me to PP to see the Center of Peace and when Ms. Bophal saw me,  adark-skinned, curly headed, small boy, who was stunted in growth, she decided to take me in, even though I was older than what Ms. Bophal would have liked.  It was not easy in the beginning because some of the older kids were rough on us new and younger kids.  Because these problems, my mother asked me if I wanted to come home, but I told her no, I can handle it. Sometimes the rules at COP seemed too strict and food wasn’t that good, but I decided to stay and make a go of it.

The Christian thing was a bit strange. I never heard of Jesus and church, so in the beginning I just went a long with the show.  Sometimes we had competition for Bible verse memorization, etc., and if we got enough points, we could get a coupon to buy things in COP's store.  So I paid attention and tried to win coupons to buy things.  About six months after I came to COP, I had a really bad headache for two days, so at one point I had to go lie down. I prayed to Jesus, and said, if you are real, can you take away my bad headache?  After my prayer, it just disappeared and I decided to believe.
In 2009, I entered the 7th grade and I walked to school everyday with the other COP kids.  Back in the province, there was little incentive to learn or advance to the next grade, but here in the city, among COP kids and other friends, there was positive competition to do well in school.

In 8th grade, during the first semester, I missed 2 days but they said I missed 4 days that semester so they called the COP staff member to come in. I forget to tell the school that COP was moving house, and I couldn’t go to school. They were ready to kick me out. I had some other problems but my chemistry teacher looked after me, and helped keep me on the right track so I was able to pass my courses.

In 10th grade, my sister gave me some money to buy a bicycle so could now ride a bike to school and which was quicker and easier than walking. Now, in 2015, I have two more exams to take before I receive my high school diploma.

Recently, Brian got in touch with his friend Matthew who runs  The Katy Korpi Salon and two-year training program here PP for teens as risk. He had me apply because I was good at cutting hair.  The great news is that  I was accepted into the program and I will learn the beauty trade (this salon and school was founded by Michael Fairfax of Shoreline, WA, and inspired by Carol Korpi of Calvin Presbyterian in Shoreline) and become a stylist someday.  I am bit intimidated as it is an intense program held to International standards.  It is a great opportunity, and a great privilege but with a big learning curve.  On my second day, I was asked to wash the dishes and I as looked for a scrub brush, I grabbed the first thing I could find, an old style shaving brush from the shelf that is used to apply shaving cream to a man’s face, and began to wash the dishes with it until I was shown what the proper use for that brush was. I guess there will be a lot to learn!

Pray with me that I can arise to this occasion.

IF you can donate to see others like Vichet get a chance at life, see the info below:


- Go to “Donate.” Scroll down to recurring donations. Put in $ where asked.
- Find Brian Maher and make a notation that the donation is for Center of Peace.